The Doll Princess by Tom Benn 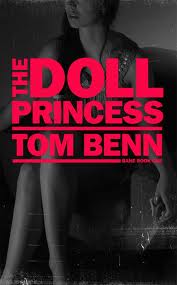 ‘I couldn’t put it down’ is a phrase often overused in book reviews so, with The Doll Princess, I’m going with ‘I shouldn’t have put it down’, and this is because it’s a book that demands your attention.

It’s a tough, streetwise, pared down and fast tale of the criminal underworld on the streets of Manchester shortly after the IRA bombing of the Arndale shopping centre. It’s a first person account by Henry ‘Bane’ and is written exactly as it would be spoken. So, once into the story, it’s a real drag to be disturbed and have to get yourself back into the rythmn of the language, the phrases and the broken english used by Bane and the supporting cast when you get the chance to pick up the book again. For that reason, it’s a book for which you should take the phone off the hook, disable your twitter feed, send the kids to the grandparents and just immerse yourself – all that done, you’re in for a very good dark and brutal time on the Manchester streets, all from the safety of your comfy chair.

Bane works the streets for one of the criminal gangs, but he’s not in as deep as he’s about to become when he reads of two murders in The Manchester Evening News. The front page details the murder of a glamorous Egyptian woman and heiress to an oil fortune, but it’s the murder of a young prostitute that has a short mention on the back of the paper that interests him more, much more.

The  investigation Bane then launches himself into to try to unearth the truth propels him deep into another layer of the underworld, filled with the trafficking of drugs, guns and young girls (the dolls). Peppered with humour, such as Bane being referred to as ‘Rupert the Bear’ by another character for the fact that he appears to have a complete wardrobe of the same outfit, and some brutal set pieces, we are along for the ride as he seeks to find out what became of the young prostitute who was once his childhood sweetheart.

Like a great Ken Bruen book, you just need to immerse yourself in the language and the rythmn of the narrative and you’re in for a fast and consuming ride through dark territory.

The book is subtitled ‘Bane Book One’ and there is no damn way that Tom Benn can leave his readers hanging out for too long for the second installment.