The Glass Room by Ann Cleeves

Published by Macmillan – Out now ! 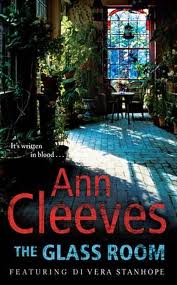 Vera Stanhope’s back and now, thanks to the hit television show VERA, it’s nigh on impossible to read The Glass Room without seeing Brenda Blethyn as the pie and cake-scoffing Detective Inspector.

With this fifth book in the series, Vera and her author are clearly taking things very much in their stride and sit together well to provide a well-crafted and thoroughly enjoyable crime tale. The second series of the ITV show is due to hit screens and, coupled with this latest book installment, is sure to lead to an even bigger fanbase than Ann Cleeves already deservedly enjoys.

DI Vera Stanhope is not one to make friends easily, but her hippy neighbours keep her well-supplied in homebrew and conversation so she has more tolerance for them than most. When one of them goes missing she feels duty bound to find out what happened.

It’s an easy job to track the young woman down to the Writer’s House, a country retreat where aspiring authors gather to work through their novels. It gets complicated when a body is discovered and Vera’s neighbour is found with a knife in her hand.

There seems to be no motive. No meaning to the crime. Then another body is found, and Vera suspects that someone is playing games with her. Somewhere there is a killer who has taken murder off the page and is making it real . . . 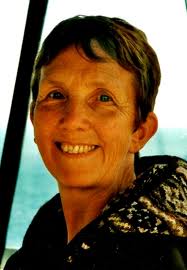 Writers writing about writers or writing is nothing new and it’s a path well trodden by some of the biggest hitters in fiction. Stephen King is no stranger to this area, often having troubled novelists as his central characters, Val McDermid gave us a great crime writers in peril novel with ‘Killing the Shadows’ and recently Andrew Pyper gave us the excellent ‘The Killing Circle’ about a small writing group. And now, Ann Cleeves steps up and stands proudly alongside all of those with a case of clearly writing what she knows – and knows very well indeed. With an almost Agatha Christie-like scenario of having regular gatherings amongst the writers assembled in the house to discuss who may have been responsible for the killings and with Vera, along with her trusty sidekick, Joe Ashworth, playing the extra resident in the room to ask the questions and carry out her investigations.

With a well drawn cast of wannabe writers, an ex-copper, published writers and those within the publishing world, she provides a great range of possible suspects and I was very impressed at how the plot remained so taut and unbreakable until literally the closing pages. I found the book to be incredibly natural in its storytelling and the actions and dialogues of the characters – even at the moments when Vera is struggling to speak around a mouthful of pie.

One response to “The Glass Room by Ann Cleeves”